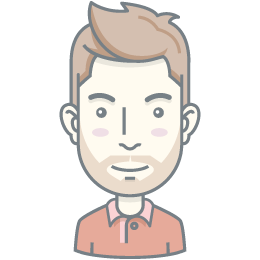 Do you know what questions to ask your car dealer before buying a car? There are so many questions that should be asked before you fall in love with any one car. The car you buy should be able to suit your needs, run without problem and keep your family safe during travel. My site includes several examples of questions that you should ask your car dealer before buying any car. I have also included the answers that will help you decide whether to buy the car or continue your search for a different car. Hopefully, the included information will help you find a reliable vehicle that you love.

Hybrid cars have become increasingly popular over the past few years because of their smaller environmental impact and fuel consumption. However, they represent a small part of the car market when compared to traditional gasoline powered cars. Understanding the differences between these two types of cars can help you decide which type of vehicle to purchase.

Gasoline powered cars are the most common type of vehicle available, and offer a wide range of prices and designs. You can choose the best car for your budget and lifestyle with ease, making them ideal for those looking to purchase a vehicle on a budget. Gasoline powered cars also offer great power and acceleration, which can be a selling point for many consumers. Gas stations are also located on almost every street corner, making it extremely easy to fill up your car at a moment's notice. Gasoline cars are also able to be serviced at any mechanic.

Hybrid cars use a gasoline engine and an electric battery in order to power themselves, offering benefits of both electric and gas powered cars. Hybrids have greater ranges on a single tank when compared to gasoline powered cars, as they have a self-charging battery built in that allows them to save gas while idling or moving at low speeds. This means that you will have to pay less in gasoline bills over time, as you will not be burning as much fuel.

However, hybrid cars are more expensive upfront, which means that they are not yet ideal for the average consumer. Furthermore, hybrid cars are less powerful and have poorer handling when compared to traditional gasoline powered cars, which means that they will perform worse in severe conditions. Hybrid cars are also not serviceable by every mechanic, as their systems are different and much more complex, making repairs more expensive than similar repairs on gasoline powered cars. A final note that should be taken into consideration is the fact that the high voltage batteries in hybrids can be a severe danger in the event of an accident, and can make it hard or even impossible for rescuers to reach the occupants of the vehicle.